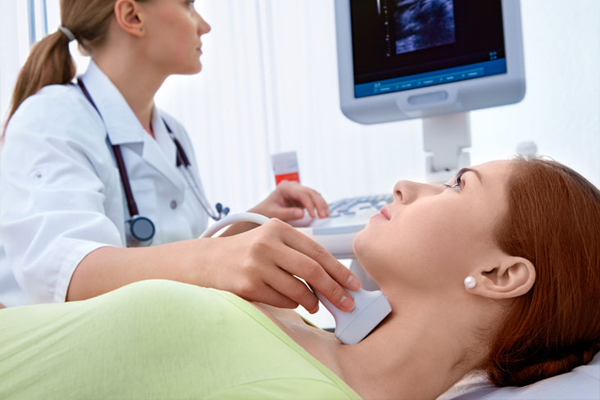 Ultrasound of the carotid arteries (the arteries in the neck supplying blood to the brain) is undertaken for two reasons.

Firstly, in patients who have had a stroke or transient ischaemic attack (TIA) or in whom there is a clinical suspicion of problems with blood flow to the brain, an ultrasound or ‘carotid Doppler’ may be recommended. This is to look for severe narrowing of the arteries that might require treatment with surgical ‘endarterectomy’ or stenting.

An second application however relates to screening. The carotid arteries are very superficial and represent a part of the cardiovascular system which is very easy to access with ultrasound.

Since cardiovascular disease also known as hardening of the arteries or atherosclerosis usually occurs diffusely throughout the vascular system, a scan of the carotid arteries allows one to look at a ‘window’ of the condition of the arteries.

This is potentially very useful because if there is any evidence of atheroma or hardening of the arteries, we should go to great lengths to prevent further progression and the possibility of cardiovascular events in the future.

All test results should be treated with caution and interpreted in the context of a clinical assessment.